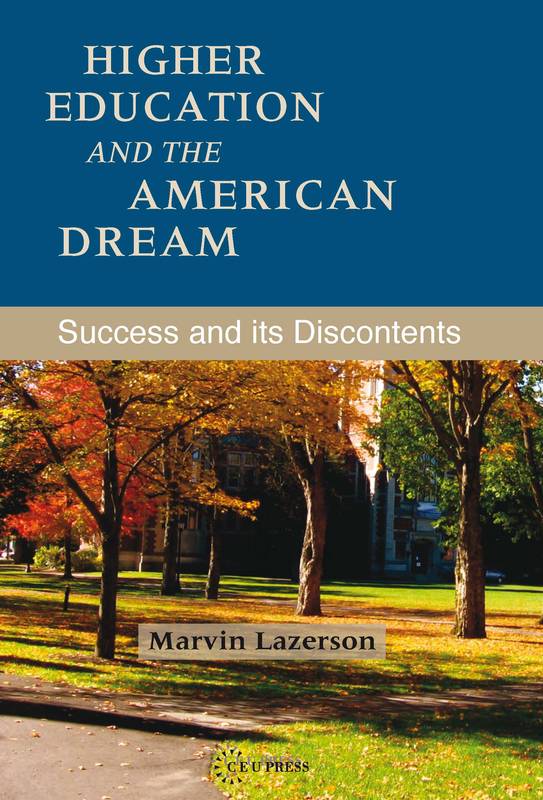 Higher Education and the American Dream

Higher Education and the American Dream

Success and its Discontent

«Higher Education and the American Dream, Success and its Discontent»
20.99

"Marvin Lazerson's new book is exactly what is needed: a readable, cogent explanation of how the U.S. can have the best system of higher education in the world, but also a system that seems to be coming apart at the seams.” —Susan Fuhrman, President Teachers College, Columbia University, President of the National Academy of Education "In prose remarkable for its clarity and analysis remarkable for its fair-mindedness, this volume delivers a penetrating, nuanced account of American universities in the twenty-first century. Blessedly without rant or cant, the book tackles topics that range from the rise of the managerial class to the failed attempts to reform practice in the classroom. It's a smart provocation—a must-read for anyone who cares about where our universities are heading.” —David L. Kirp, Professor at the Goldman School of Public Policy at the University of California at Berkeley and author of Shakespeare, Einstein, and the Bottom Line: The Marketing of Higher Education "Professor Lazerson gives an insightful account of American higher education based on years of study and first-hand experience. He discusses both the problems and the accomplishment of our universities with equal care and thus, succeeds in providing a useful and illuminating analysis.” —Derek Bok, Harvard University, President-emeritus "Marvin Lazerson's magnificent book is not only comprehensive, but it is written from an all-embracing point of view: seeing higher education in America as an expression of the American Dream. This book should be on the reading list of all who want to understand America's actions, role and image in the world today, with and equal emphasis on their successes and the discontents they create.” —Yehuda Elkana, Rector and President-emeritus, Central European University