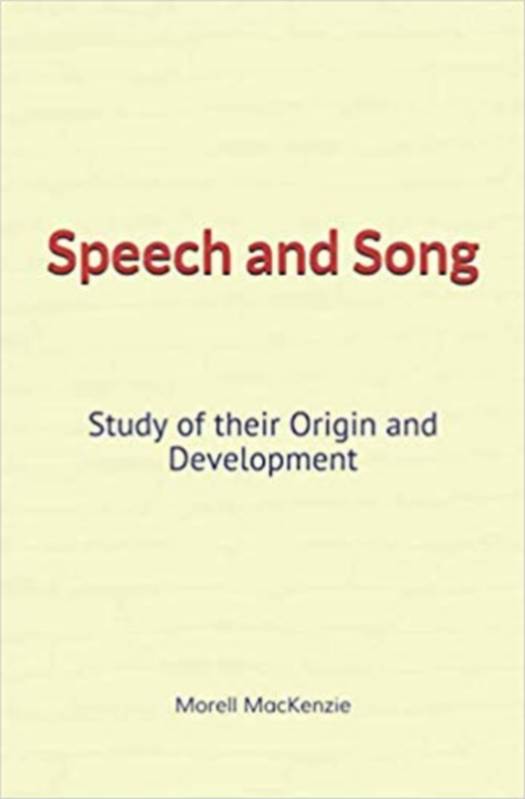 Speech and Song : Study of their Origin and Development

Speech and Song : Study of their Origin and Development

«Speech and Song : Study of their Origin and Development»
2.49

“In dealing with the two great forms of local utterance, it will be most convenient to take them in their historical, or at any rate their logical, order. Whatever "native wood-notes wild" our hypothetical half-human ancestor may have "warbled" by way of love-ditties before he taught himself to speak, there is no doubt that singing as an art is a later development than articulate speech, without which, indeed, song would be like a body without a soul. I will, therefore, treat of speech first; and it will clear the ground if I begin with a definition. Physiologically, speech is the power of modifying vocal sound by breaking it up into distinct elements, and molding it, if I may say so, into different forms. Speech, in this sense, is the universal faculty of which the various languages by means of which men hold converse with each other are the particular manifestations. Speech is the abstract genus, language the concrete species...The mechanism of voice has already been described, but, for the sake of clearness, it may be well to recall the three essential elements in its production: 1) the air-blast, or motive power; 2) the vibrating reed, or tone-producing apparatus; 3) the sounding-board, or re-enforcing cavities. These, to parody a well-worn physiological metaphor, are the three legs of the tripod of voice; defect in, or mismanagement of, any one of them is fatal to the musical efficiency of the vocal instrument...”