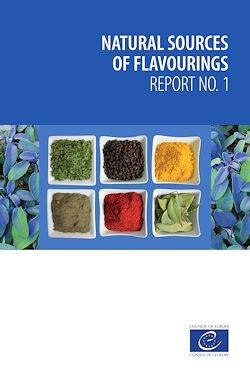 The Committee of Experts on Flavouring Substances of the Council of Europe has engaged in a major review of the safety-in-use of over 600 natural flavouring source materials. This book provides safety-in-use evaluations of the first set of 101 source materials.Natural sources of flavourings are materials of vegetable or animal origin, whether or not they are normally consumed as food, from which flavourings may be obtained. The committee of experts has predominantly evaluated materials in the raw or dried state, with the exception of certain special products, such as vanilla, cocoa and black pepper, which are traditionally processed (e.g. fermented) before their use as source materials.Each source species is identified primarily by its systematic name based on the botanical nomenclature of Zander or, where the source species is not listed in that reference book, using that of Mansfeld. Source species not listed in either book are treated on a case-by-case basis. Synonyms in English, French, German, Italian, Spanish are noted under each respective language.Each datasheet indicates the parts used and provides a list of the "important constituents", including the known "active principles" and "other chemical components", found in each part of the plant and/or preparation used in flavourings. Where possible, the levels at which the various constituents are present in the parts/preparations are given and the main food categories in which parts/preparations are used are listed. The types of preparation made from each part are stated, e.g. oleoresin, extract, etc.Main toxicological data are indicated such as metabolism; sub-acute and sub-chronic toxicity; chronic toxicity; carcinogenicity; reproductive and teratogenicity studies; mutagenicity; other relevant studies, e.g. photosensitivity and beneficial effects.National and international evaluations are specified, together with the main references and databases used.