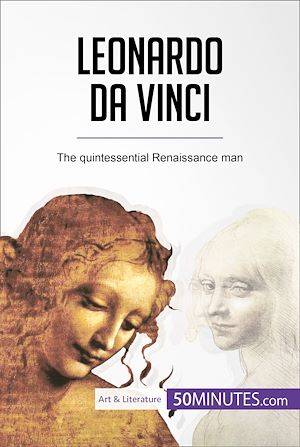 Keen to learn but short on time? Find out everything you need to know about
the life and work of Leonardo da Vinci in just 50 minutes with this
straightforward and engaging guide!

Leonardo da Vinci was an artist, inventor and engineer who was renowned as one
of the leading figures of the Italian Renaissance. During his lifetime he
attracted the attention of a variety of wealthy patrons who commissioned him
both to make unique art pieces and to carry out tasks in other fields, such as
reinforcing city fortifications. His most famous works are The Last Supper and
the Mona Lisa, the latter of which was the subject of centuries of speculation
regarding the subject of the portrait. He also developed innovative new
painting techniques such as sfumato, pyramidal composition and atmospheric
perspective, all of which influenced the emergence of new artistic styles in
the following centuries.

In this book, you will learn about:

•The artistic and historical context of 15th-century Italy
•Da Vinci’s main works, including his famous masterpiece the Mona Lisa
•His influence on future generations of artists, scientists and inventors

The Art & Literature series from the 50Minutes collection aims to introduce
readers to the figures and movements that have shaped our culture over the
centuries. Our guides are written by experts in their field and each feature a
full biography, an introduction to the relevant social, political and
historical context, and a thorough discussion and analysis of the key works of
each artist, writer or movement, making them the ideal starting point for busy
readers looking for a quick way to broaden their cultural horizons.